What did the end of WW2 look like for the Codebreakers?

As the war in Europe drew to a close, the Codebreakers’ work at Bletchley Park was far from over. As we approach the 75th anniversary of the end of World War Two in Europe, here are 10 things that you need to know about Bletchley Park and VE Day.

Staff working the night shift in Hut 6 (the name of a department then based in Block D) were amongst the first people in the world to learn of the formal surrender of Germany in the early hours of 7 May 1945. 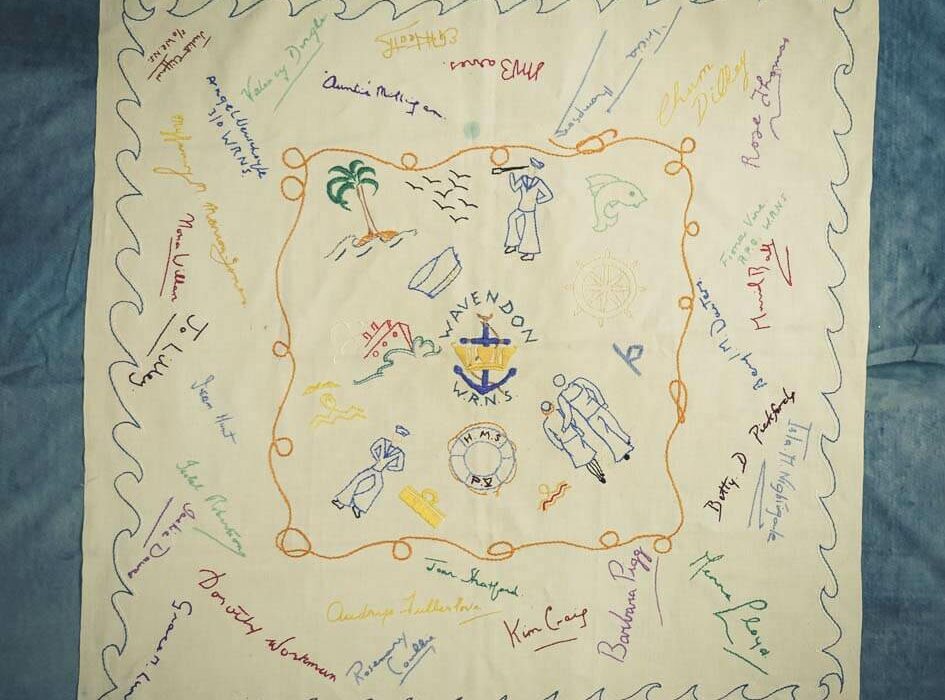 'The final message of surrender signed by Jodl for Doenitz and Keitel, sent in the small hours of May 7th, came both to the Control and Registration Rooms, and was known all over the Hut on the night shift. It is worth recording, I think, that my appeal to all rooms that it should not be passed to the day shift was honoured in full, and that the first news they had was in the public announcement, after lunch, on the German wireless"

Hut 6 was responsible for decrypting German Army and Air Force Enigma messages. Very few photographs of Bletchley Park were taken during WW2 but this is a rare photo of staff working in Hut 6 (in Block D) taken towards the end of the war in 1944.

2. VE Day was not a surprise

Even though Hut 6 was one of the first departments to learn of the final German surrender, the fact that it was coming had been anticipated for some time.

The slowdown in work was noted by Betty Randall nee Gilbert who worked as an intercept operator at Forest Moor Y Station near Harrogate, Yorkshire. She recalled in her Bletchley Park Oral History interview how the number of German signals they picked up slowly declined:

“By the summer of 1945, the group just faded away, they probably only transmitted for about 15 to 20 minutes in three hours but you still sat there. Messages were still coming loud and clear but not so often. You got the feeling that they were packing up. As it faded away you went on general search but probably their stations had closed down by then and you didn’t find anything.”

The UK Government made plans for Victory in Europe Day, when it came, to be marked with a national holiday. Allied leaders planned to mark VE Day on 9 May, but when news of the German surrender became known, a BBC Broadcast late on the 7 May announced VE Day would be marked on 8 May.

This year’s early May bank holiday will be moved back by four days for the whole of the UK to coincide with the 75th anniversary of VE Day.

May Day is traditionally held on a Monday but will be put back to Friday 8 May 2020. The holiday will form part of a weekend of national commemorative events, some mirroring the scenes witnessed across the UK in 1945.

Bletchley Park is just a short train ride to London, and many staff who were on leave headed to the capital to join in with the VE Day celebrations there.

This evening also sparked lifelong romances for some. One Veteran, Jean Evans nee Birtles, who joined Bletchley Park in 1943 and worked as a typist in Hut 3, recalled:

“…on VE Day, we weren’t on duty, so went down to London and met two Canadian chaps. Irene, this girl who was with me, she continued seeing him, married him and went to live in Canada.”

Some staff who couldn’t get to London headed to parties in local pubs. Daisy Lawrence, known as Lawrie’ joined Bletchley Park in 1943 and worked on Japanese naval signals. Below is a photo of Lawrie and her friends at a VE Day party at the Eight Bells pub in Bletchley.

Not everyone had time off to join in with the celebrations.

5. VE Day didn’t mean the end of the war

8 May 1945 marked Victory in Europe Day, but the war in the Pacific continued.

Bletchley Park had been working on Japanese codes and ciphers since the 1920s. Reports sent by the Japanese ambassador in Berlin to his commanders in Japan had been an important source of intelligence in the run-up to D-Day.

After VE Day, some staff who had been working on German cyphers were transferred to the Japanese sections at Bletchley Park. As part of US-UK intelligence-sharing efforts, some staff from BP went to the Pentagon in Washington to work on Japanese codes there.

"Towards the end of the war when Germany had been defeated but the war with Japan continued, those that worked on the Japanese coded intercepts were relocated to Folkestone where the reception was much clearer and they could continue their work towards VJ Day."

6. It wasn’t the end of secrecy

Almost everyone who worked for Bletchley Park had signed the Official Secrets Act. Staff remained bound by the Act and were warned that they would be unable to talk about their work for many years. But they could be proud of it.


A message sent to staff by Stewart Menzies, head of MI6 and Director-General of the Government Code and Cypher School, on 8 May 1945 read:

“On this ever memorable day, I desire that all who are doing duty in this Organisation should be made aware of my unbounded admiration in the way in which they have carried out their allotted tasks.”

Such have been the difficulties, such has been the endeavour, and such have been the constant triumphs that one senses that words of gratitude from one individual are perhaps out of place. The personal knowledge of the contribution made towards winning the War is surely the real measure of the thanks which so rightly belong to one and all in a great and inspired organisation which I have the privilege to direct.

“This is your finest hour.

Some staff signed these memos, much as you would sign your friends’ school shirts on the last day of term. One of these is held in the Bletchley Park Collection.

The Government Code and Cypher School didn’t pack up and leave Bletchley Park immediately after VE Day or VJ Day. Staff were slowly demobilised, whilst some were involved in packing up offices and writing hut histories – crucial sources of info about the wartime work each department had done. These histories remained classified until the early 2000s.

“When the war with Germany was finally over in May 1945, for a time everything went quiet but then we were put to work dismantling the Bombes, removing the drums and teasing out all the wires.”

Below is a rare photo of Bombes at Eastcote Outstation taken towards the end of the war in 1944.

As Bletchley Park wound down, some staff were asked to work on non-German messages, which almost caused a mutiny. James Thirsk worked at Bletchley Park from 1942 – 1945 as a log reader. In an interview with the Bletchley Park Oral History team in 2014 he recalled:

"After VE Day they wanted us to start reading French and Russian logs and a group of about 15 of us said we weren’t going to this – it was a mutiny really. A captain came in and asked us what is was all about and we said ‘it’s terrible to be reading our Allies’ logs as the war had ended’. He then said ‘you are redundant’ which would have been fine if we could have gone home. We were hanging around not doing much at all..."

For many of those working at Bletchley Park, this was their first job after leaving school or university, and they had formed strong attachments to the people they worked with, and to the important work itself. Hugh Norris worked on Japanese naval messages:

“It was hard to keep up the frantic pitch of war-fever [after VE Day], but the Japanese were still fighting in the Far East; their messages still needed attention, so our section carried on working as before…In retrospect, Bletchley did not seem to us at the time to be at all strange, once we had experienced a few weeks of indoctrination; it very soon became part of our lives; it was normality itself, and it seemed as if it was set to go on for ever. What was unnerving was when everything stopped so abruptly: it was the world outside, to which we now had to adapt, that was strange and foreign; it felt as if part of our own being had suddenly died, and the mental shock was probably akin to that experienced by a hospital patient following an amputation.”

In Hut 6, relief was mixed with a sense of anti-climax. As Milner-Barry wrote:

“In the first three weeks of March, the last preparatory phase before the crossing of the Rhine and the final battle, we were going as well as we had ever done. April, by contrast, was rather an anticlimax…the advance of the allied armies overran and destroyed a number of old favourites among our keys. Others simply disintegrated in the general mêlée. Traffic fell off very sharply, and in the lovely April weather there was nothing to do but sit about and pray that the end would not be long delayed.”

After VE Day and VJ Day, some Bletchley Park went on to work in other government departments and were employed in poignant post-war work. Joan Joslin nee Glover had worked in Block C as a Hollerith operator during World War Two. She recalled in her Bletchley Park Oral History interview that after she had finished at Bletchley Park she:

“…had been transferred to the War Office in London. I was working on the repatriation of Japanese Prisoners of War, which was very harrowing. My boss was Major Bonham-Carter. I stayed there two years but of course did not have the same sense of achievement as at Bletchley, it was much sadder work.”

Kenneth Rich served in Brisbane, Australia, with a Special Liaison Unit (SLU), deciphering coded messages that came in for distribution to senior Allied Commanders. He recalled in an interview with the Bletchley Park Oral History team that he came back to the UK in December 1946, and before being demobbed was working:

“…in the Missing Research and Enquiry Unit, which scoured Europe to find out what had happened to the missing crew members of downed RAF aircraft.”

Perhaps one of the most common misconceptions about Bletchley Park is that it was an organisation that only sprang into existence at the start of World War Two, and subsequently stopped.

The Government Code and Cypher School (GC&CS) had been established in 1919, and moved to Bletchley Park in 1939. By 1945 it had grown from an organisation employing around 150 people, to the world first intelligence factory, employing almost 9,000, seventy-five per cent of whom were women.

GC&CS left Bletchley Park in 1946 to move to Eastcote, a former Bombe Outstation in North West London, and later Cheltenham, where it continues to be based today, now known as Government Communications Headquarters (GCHQ). Their main building is known as the ‘Doughnut’. 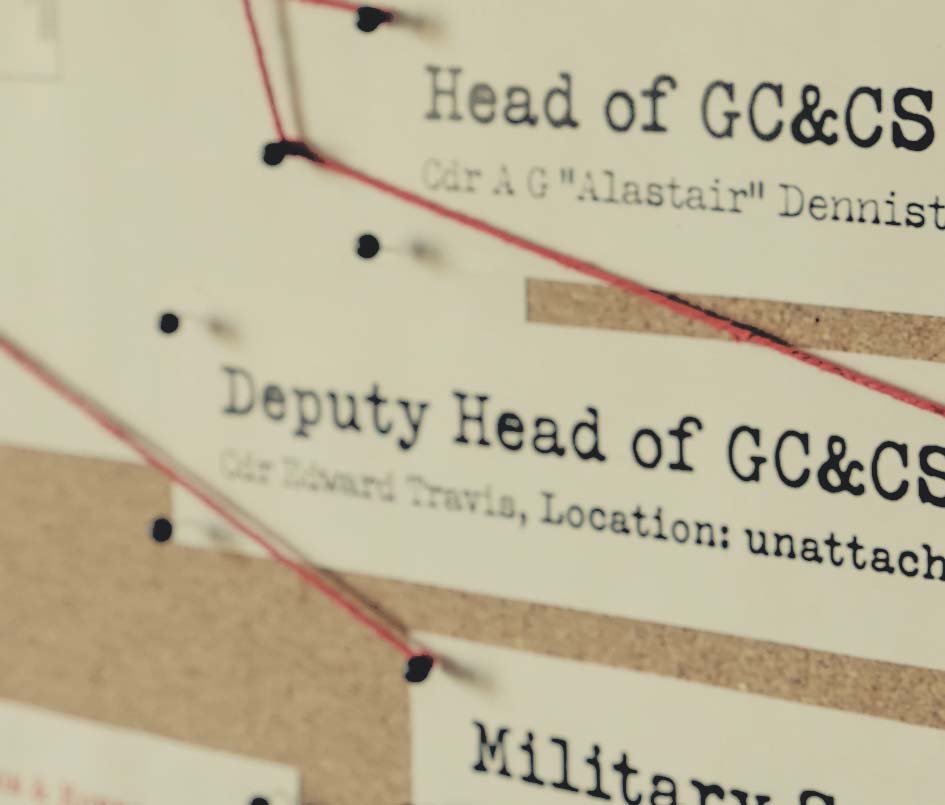 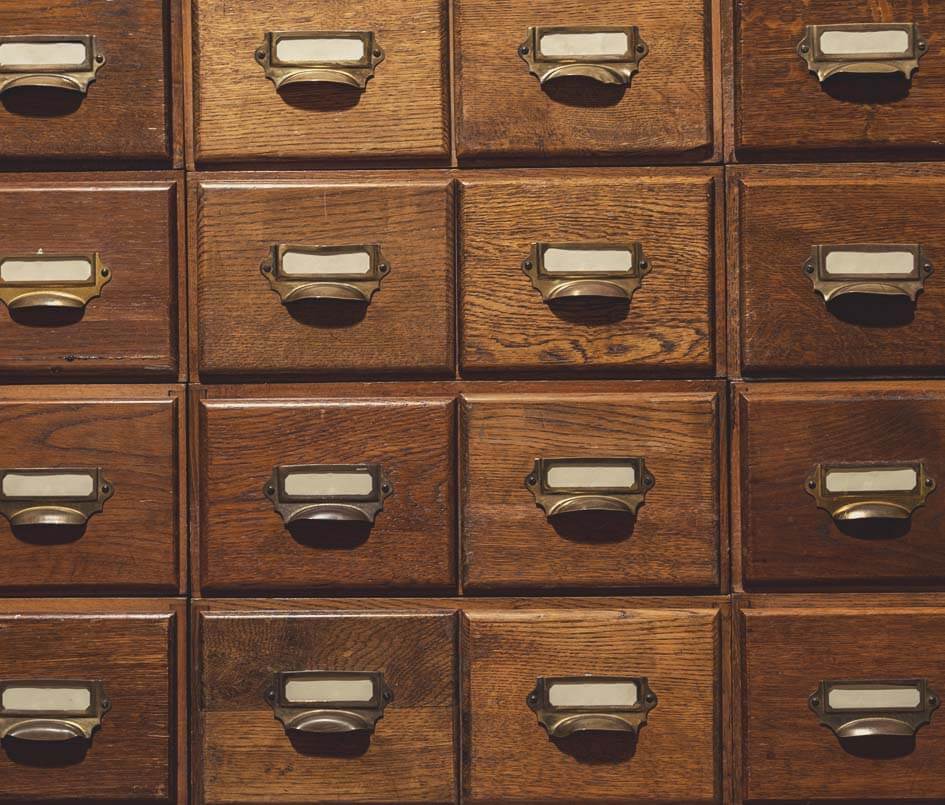 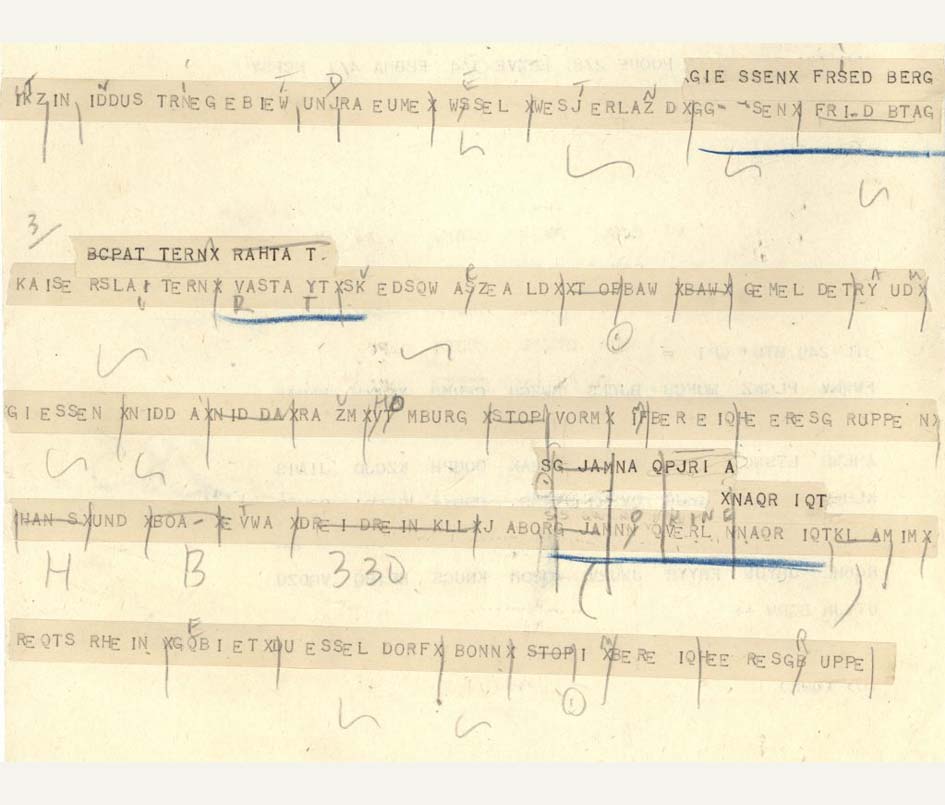 Inspired by the Archive